In networking, a protocol is a set of rules for formatting and processing data. Network protocols are like a common language for computers. The computers within a network may use vastly different software and hardware; however, the use of protocols enables them to communicate with each other regardless. 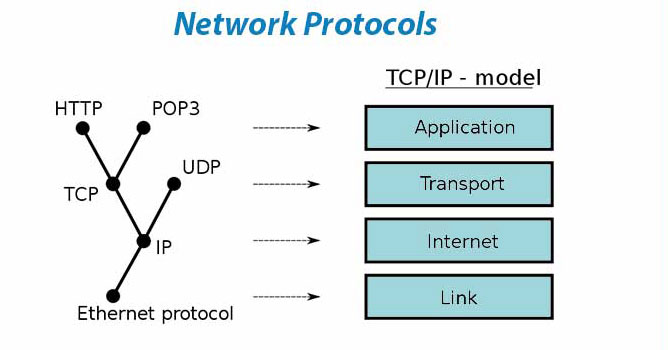 What other protocols are used on the Internet?

TCP: As described above, TCP is a transport layer protocol that ensures reliable data delivery. TCP is meant to be used with IP, and the two protocols are often referenced together as TCP/IP.

HTTP: The Hypertext Transfer Protocol (HTTP) is the foundation of the World Wide Web, the Internet that most users interact with. It is used for transferring data between devices. Mainly this protocol uses among websites & web systems.

HTTPS: This works same as HTTP. But this encrypt HTTP messages.

UDP: The User Datagram Protocol (UDP) is a faster but less reliable alternative to TCP at the transport layer. It is often used in services like video streaming and gaming, where fast data delivery is paramount.

RDP: Remote Desktop Protocol is a proprietary protocol developed by Microsoft which provides a user with a graphical interface to connect to another computer over a network connection.

FTP: The File Transfer Protocol is a standard communication protocol used for the transfer of computer files from a server to a client on a computer network.